At Lion, we’re lucky to own and manage many of the very best brands across Australia, New Zealand and the world, some of which are more than 100 years old.

At Lion, our core purpose is to bring people together to be sociable and live well.

At Lion, we believe it is our responsibility to preserve our lands and natural resources for current and future generations, and we invest heavily in sustainability right along our supply chain.

At Lion, our people are critical to the success of our business. We’re committed to helping them be the best they can be to really make a difference, and have a great time doing it.

The latest from Lion Our beers include New Zealand’s best loved local brands as well a range of international favourites. Find out more
Our Commitments

Sustainability is a key part of who we are

At Lion, we define our core purpose – our central objective – not in terms of shareholder returns, but as the value we deliver for society.

We take transparency and accountability seriously which is why we report publicly on different parts of our business.

Governance is essential to the current and long-term sustainability of Lion; there is a close link between strong governance and growth in business performance.

Committed to helping people be the best they can be

We foster an agile, high growth culture to promote long term sustainability, with a special focus on diversity and inclusion. Search our new opportunities.

Lion careers
Who We Are

Nothing excites us more than great brands

Lion is New Zealand’s largest alcohol beverage company. We produce, market, sell and distribute many of the region’s favourite drinks.

• LD Nathan established as a trading company in Russell, New Zealand and moved to Auckland soon after.

• Early West Australian settler Frederick Sherwood establishes the original Swan Brewery, in what is now the suburb of Sherwood Court in Perth. Swan Draught is born. 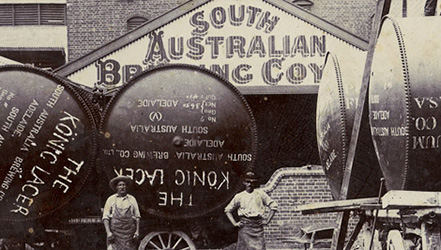 • Pioneer brewer Richard Seccombe founds the Great Northern Brewery at Khyber Pass, Auckland. He uses the Lion from his family crest as its logo.

• John Thomas Toohey and his younger brother, James Matthew, join forces and buy the Darling Brewery in Sydney. The brothers begin trading as JT & J Toohey and give Australia its first taste of Tooheys Old.

• Opening of Speight's Brewery in Dunedin. 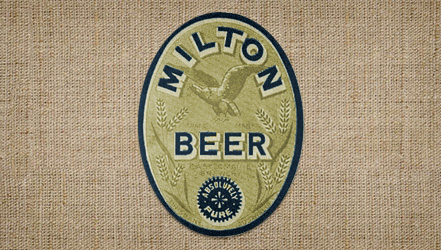 • The Fitzgerald brothers form a partnership with Kate Quinlan, George Gray and Robert Prendergast with the intent to build a brewery in Brisbane. They purchase the failing Milton Distillery and much of the surrounding land.

• The first brew is produced in the Castlemaine Milton Brewery. • The Ehrenfried brothers buy the Albert Brewery in Auckland.

• The South Australian Brewing Company is formed through a merger of the West End Brewery, the Kent Town Brewery and wine and spirits merchant Rounsevell & Simms.

• With the family-owned Tooheys business being transferred to a limited company, the Stag is chosen as the Tooheys trademark. The symbol is derived from John Toohey's favourite hotel, the Bald Faced Stag Hotel in Leichhardt, Sydney.

• Previously known as Stanley Co-operative Brewery and the Albion Brewery, the Emu Brewery is established in Perth.

• The Great Northern Brewery becomes officially known as the Lion Brewery when the company merges with Campbell & Ehrenfried.

• Lion Brewery is one of the ten major brewing companies that amalgamate to form New Zealand Breweries Ltd. • Emu Bitter is born.

• The first caricature of Mr. Fourex appears in an advertisement. • XXXX BITTER is born.

• Steinecker (renamed Steinlager in 1962) is born.

• Speight's is taken off the market, but reintroduced after public outcry.

• The northern division of New Zealand Breweries takes on the name Lion Breweries.

• The Standard Brewery closes and all Tooheys operations relocate to Auburn. 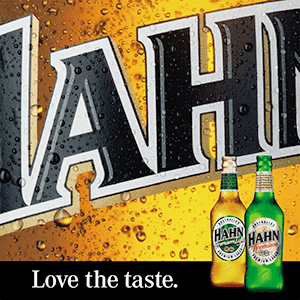 • Building starts on the Hahn Brewery, in a converted furniture factory in Camperdown, Sydney. Hahn Premium is born.

• XXXX Gold is born and at only 3.5% ABV goes on to become an Australian favourite beer 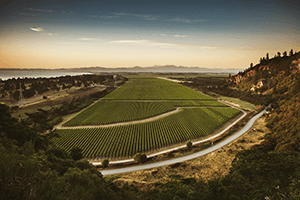 • Lion Nathan enters the Chinese beer market through the purchase of a controlling interest in the Taihushui brewery in Wuxi.

• The remainder of New Zealand Breweries takes on the name Lion Breweries. • After 15 years as Managing Director then Chief Executive Officer, Douglas Myers is appointed Chairman of the Lion Nathan Board.

• Douglas Myers, acting as Chairman of the Lion Nathan Board, sells most of his 16 per cent share in Lion Nathan to Kirin Brewery Company of Japan. Kirin goes on to acquire a 45 per cent interest in the company, creating the fourth largest brewing alliance in the world.

• The Hahn Brewery is renamed the Malt Shovel Brewery in honour of Australia's first commercial brewer.

• Bacardi-Martini and Lion Nathan establish a joint venture – Bacardi Lion – to market and distribute a range of spirit brands in Australia. • Lion Global Markets is established with a drive to take a little of Lion’s best Australian and New Zealand craft beers and ciders to the rest of the world, and accelerate growth of the wine business in North America. • Lion sells its everyday cheese business to Warrnambool Cheese and Butter. • White Rabbit opens new brewery and barrel hall in Geelong. 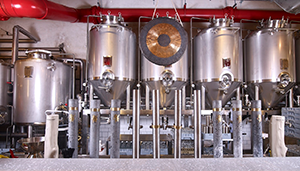 • Lion invests in Goodbuzz Beverage Co NZ, Schibello Coffee, Made by Cow, Ordermentum and BarCats. The investments are part of Lion’s growing partnerships with entrepreneurs to help their businesses flourish. • Malt Shovel, Lion’s dedicated craft beer business, is established to nurture a collection of new brands and breweries and make doing business easier for the licensed trade in Australia.

• Lion acquires Harrington’s in NZ and Fourpure in the UK. • Little Creatures Singapore opens. • The Fermentist opens in Christchurch with a significant focus on the environment and local community.

At Lion, nothing excites us more than great brands. Talk to one of our team today about how to order some of the best beverage brands on the market.
Find out more

This statement has been published in accordance with the modern slavery act, 2015 (UK) and is published on behalf of Lion’s Australian and New Zealand adult beverage businesses.